It was on February 2016 when I decided to start on my dream of solo travel. The first time’s always the hardest, as other people commonly say and it’s true; but all I needed was to make the first step. And so, I did a lot of reading online about traveling to Bangkok. There were lots of interesting things to do in Bangkok but my travel theme was temple hopping since Bangkok is home to many temples especially the one in Ayutthaya, which is recognized by UNESCO.

So, for my accommodation, I used Booking.com to look for a cheap but decent place to stay – I got 4 days stay at Once Again Hostel. It’s a new hostel which caters mostly for backpackers. They charge reasonably cheap and the place was clean, and the staff were very friendly. They offer bunk beds and have curtains for privacy since it’s a dorm style accommodation. Each bed have a small cabinet where you can keep your valuables and the rooms are locked with electronic keys. Cool! It’s situated at the center of Bangkok which was a perfect location for my temple hopping.

For my flight needs, I left that job to our travel agency at work; all I had to do was tell them my traveling period.

Finally, the day of traveling came. From King Khalid International airport in Riyadh, I had a lay-over in Abu Dhabi International airport for 01:35. Then from Abu Dhabi to Suvarnabhumi airport in Bangkok. I reached at around 18:00. From the airport, I had no idea how to get to my hostel since there are various modes of transportation available. After securing my luggage, I bought a Happy Tourist sim card somewhere inside the airport. It cost 299 Thai Baht which had 100 Baht call credits and 1.5 GB of internet for 7 days which was more than my length of stay. I called my hostel and they told me that the best way to reach their place is via cab and so I did. There were plenty of cabs lined up outside the airport which was great! I had the driver talk to the receptionist of my hostel since the driver didn’t speak English at all and there was even a moment when I swear, he looked upset he couldn’t understand me… After about 30 minutes, I think, on the road, we reached the hostel, I was charged about 300 Baht for the ride and 75 for the toll fees along the way, which according to the receptionist was OK.

(Feb. 21) in Bangkok – Arriving from the airport

I was greeted with a friendly face at the reception of Once Again Hostel. She gave me the electronic key to my room and the key to my own cabinet after payment of my due fees. Then, she led me upstairs to my room. Alas! There was no elevator and I had 2 trolleys – a medium sized one and the cabin trolley. Phew! Those were heavy… She did help me carry the cabin trolley and I had the medium sized one. I reached  my room and started unpacking my things. I wanted to take a stroll along the streets near my accommodation but then I was exhausted from the flight so I just decided to have dinner and sleep, prepared for heading out the next day.

I woke up early and prepared to go to Wat Saket – also known as the Temple of the Golden Mount is located in a low hill somewhere in Pom Prap Sattru Phai district. It was about 15 to 20 minutes walking distance from my hostel. The highlight of this place is the huge golden stupa on top of the hill, which you can reach after 344 steps.Yes, that’s right! 344 steps! 😀 The place is open from 08:00 to 19:00 daily, with an entrance fee of 20 Baht.

How it looks now is not how it was years ago. Lots of renovations were done to strengthen the base and the golden stupa was added on top.

If I’m not mistaken, it took me about 2 hours roaming the whole place – prayed, enjoyed the silence, and took photos. 20 Baht was sure worth it! 😉

(Feb. 23) – Wat Phra Kaew (Temple of the Emerald Buddha) and the Grand Palace

I spent my temple hopping mostly on foot since my hostel was practically near to almost all the places I planned to visit.

Wat Phra Kaew is one of the most visited temple in Bangkok and I made a mistake of going there late in the day; I arrived at the place and there lots of people inside already and there were long lines in paying the visit fee which was a total of 500 Baht (the visit to the Grand Palace is already included here).

Wat Phra Kaew is regarded as the most sacred temple in Bangkok and it houses the emerald buddha  – which was sculpted from a single jade stone. Seeing the emerald buddha in person was awesome! I wish it was OK to take a photo of the buddha but it’s forbidden. Taking photos of the temple and other infrastructures however, is OK.

If you ever plan to visit this place, it would be better to be there early in the morning so as to avoid the crowd. This is not advisable if you’re looking for a quiet place. It’s great for taking photos and admiring the architecture and the buddhas though.

Ayutthaya is a province in Thailand and was once one of the capitals of Siam – former name of Thailand. The ruins on this old city has the Historical Park of Ayutthaya, where you can find palaces, ancient temples and amazingly ancient statues! Currently, it is recognized by UNESCO as a historical site and is being protected and maintained. Two of the most famous attractions here are the reclining buddha and a buddha’s head in a boddhi tree.

I booked a trip with a tour agency which I found as I was wandering Khao San road in Bangkok. I spent 750 Baht for the trip to visit Ayutthaya and Bang Pa In palace. The trip is inclusive of two-way transportation and a tour guide.

The Phra Buddha Saiyas, otherwise known as the reclining buddha is one of the most well-known cultural icons in Thailand. It’s 46 meters in length and 15 meters in height.

The place is famous among tourists as well and the entrance to the temple cost 100 Baht.

Wat Arun is known to be the most impressive temple in Bangkok; with it’s location – along the Chao Praya river, it makes the temple even more beautiful and dramatic in photos especially during sunset.

Entrance to the temple is 100 Baht. It’s directly opposite Wat Pho and you can take a boat along the Chao Praya river for 2.50 Baht.

Unfortunately, the prang was under renovation when I went there and my plan to climb the central prang wasn’t possible. I just explored the temple grounds and garden.

My last day in Bangkok (Feb. 26) was spent preparing for my flight at 18:00. One of the receptionist at my hostel was kind enough to arrange a taxi for my ride going to the airport.

Overall, my first solo travel was nevertheless wonderful! If I ever come back, I would visit their floating market which I never got to see because it’s open only during weekends and I was in Bangkok during weekdays and had to leave Friday (Feb.26).

Nurse with a passion for photography View all posts by infiniteleetravels

This site uses Akismet to reduce spam. Learn how your comment data is processed. 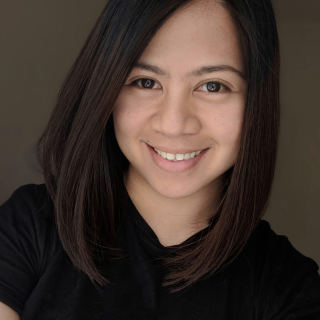 Nurse with a passion for photography

Looking for something specific?